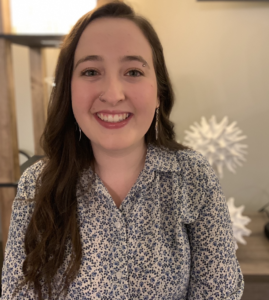 Becca Fowler is a Master of Public Health Student at Johns Hopkins’ Bloomberg School. Her areas of focus include reproductive justice, LGBTQ health, health disparities, and gender-based violence. Before joining the MPH cohort, she received a Bachelor of Science from the University of Massachusetts Amherst in Public Health and Women, Gender, and Sexuality Studies. At UMass, she worked as a sexual assault crisis counselor and was heavily involved with the planning of the Civil Liberties and Public Policy Conference. After graduation, Becca worked as a Domestic Violence Intervention Advocate for the state of Massachusetts, where she provided advocacy and support to survivors of intimate partner violence. Becca relocated to Burlington, VT and began working as a medical assistant at Planned Parenthood, working closely with their abortion program.

Outside of school and work, Becca can be found at home with her partner and three cats trying to keep her plants alive. 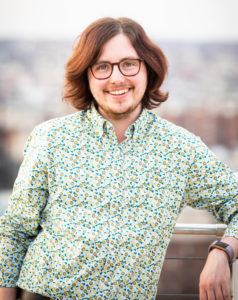 Director of Education and Outreach

Ezra Halstead is the Director of Education and Outreach at FreeState Justice. In their position, they work to build connections and resources through client advocacy, community organizing, education, and outreach to achieve equity for vulnerable LGBTQ+ Marylanders.

Ezra moved to the Baltimore area in 2017 after graduating from the Middlebury Institute of International Studies with a master’s degree in International Policy and Development and a dual concentration in Human Rights and Advocacy and Gender, Power, and Identity. A passionate activist for several years, they have had various professional experiences pertaining to LGBTQ advocacy, including working as a Campus Leader with Equality Pennsylvania at their undergraduate institution (Juniata College) in 2014, where they successfully advocated for nondiscrimination and gender inclusive housing policy reforms. More recently, Ezra was the Operations Manager at Code in the Schools and a Baltimore Corps Cohort 4 Fellow, where they regularly advocated for employees’ needs, updated policies to ensure all were supported and protected, and received professional development around the areas of racial equity and social justice.

Outside of their work with FreeState, they are a Law and Policy Committee Member of the Baltimore City LGBTQ Commission and a Core Team Member of Trans Healthcare Maryland, a trans-led group that aims to unify the transgender community of Maryland for the purpose of extending competent, accessible, and affirming healthcare to everyone in the state. They currently live in the Mount Washington neighborhood of Baltimore City with their partner, Erika, and their puppy, Mango. 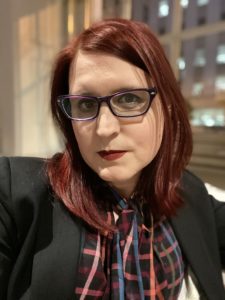 C.P. Hoffman is a non-binary lawyer dedicated to expanding the rights of queer individuals and shifting cultural discourses towards inclusion. Prior to joining FreeState Justice in 2019, C.P. practiced antitrust law in New York City, worked in-house advising the nation’s leading digital accessibility services firm, and published broadly on a number of subjects, including law and social justice, gender, and popular culture, as well as intersections of the three. C.P. holds a B.A. in Comparative Literature from the University of Chicago, a J.D. from the University of Illinois College of Law, and an LL.M. in Comparative Law from the McGill University Institute of Comparative Law. They currently serve as an Advisory Committee Member and the MidAtlantic Region Leader for the Intersex & Genderqueer Recognition Project, a national organization dedicated to ensuring the rights of individuals to identify as something other than male or female on government-issued documents.

He earned his undergraduate degree in Psychology at the University of Maryland, Baltimore County, then earned his Paralegal Studies Certificate in 2018. He spent is undergraduate years involved in LGBTQI+ activism efforts, having been President of AACC’s Lambda Pride Alliance and Communications Director of QUMBC. He felt he could have a greater impact on the community by pursuing a future in the legal field, fighting for both legal equality and lived equality. Before joining FreeState, he spent a year working for the Court, where he gained valuable experience in civil procedure. 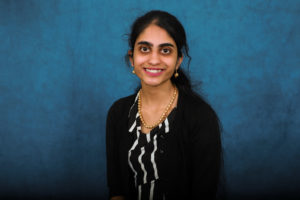 Krithika is a MSPH candidate in Health Policy and Management at the Johns Hopkins Bloomberg School of Public Health. She recently graduated from the University of Pittsburgh in April 2019, where she received a BA in English Writing, History, and Gender, Sexuality, and Women’s Studies. Her academic interests include combining scholarship within the humanities and the sciences in public health practice and using interdisciplinary approaches in addressing violence prevention and access to care within marginalized communities. During her undergraduate career in Pittsburgh, she was a community organizer, continuously pushing for intersectional approaches relating to issues about women, LGBTQ+ rights, reproductive rights, and intimate partner violence outside of the classroom through campus and city-wide activism. She worked on creating safe spaces for healing and inclusive discussion environments, serving on many campus organization boards and working with prominent Pittsburgh activists to center and serve marginalized communities. Additionally, she received two funded fellowships to study intimate partner violence within marginalized communities, while regularly volunteering at Planned Parenthood and at a local women’s hospital. She views her academic interests and her extracurricular interests as complementary, ultimately striving to have a career where she can integrate her experiences as a community organizer and in academia to push for progressive local and state policies. 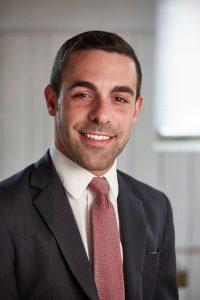 Mark Procopio is the Executive Director of FreeState Justice, a social justice organization that works statewide to improve the lives of LGBTQ Marylanders and their families through legal services, policy advocacy, outreach, education, and coalition building. As a member of the LGBTQ community and a former educator in Baltimore City, he experienced and witnessed the impact of systemic inequality and structural bias. His experience as a middle school teacher in Baltimore City stoked his passion and commitment to working with communities to achieve equality, access, and opportunity for all people regardless of race, gender identity, or sexual orientation. His career has focused on building partnerships, marshaling resources, and improving sustainability with social justice oriented education non-profits.

Prior to joining FreeState Justice, Mark held several roles with KIPP Baltimore which serves 1,500 students in the Greater Park Heights neighborhood of Baltimore City.  KIPP is a national network of college preparatory, public charter schools. Most recently, he served as Interim Director of Operations. Previously, he led the fundraising, community organizing, advocacy, marketing, and communications work for the organization. Before his time at KIPP, he managed organizational fundraising and partnerships for the Teach For America – Baltimore region.

He holds a degree in International Economics and International Finance from The Catholic University of America and is an alumnus of Teach For America, an AmeriCorps program. He and his husband, Chris, live in the Fells Point neighborhood of Baltimore City.

Mary Solimon is currently working towards her Ph.D in Cellular and Molecular Medicine and Johns Hopkins Medical Institute. Her research focuses on understanding immune responses to HIV-1 and Hepatitis C in PWID (people who inject drugs) population. She has actively been focused on communicating science to the general public and has done so by teaching science to students of the community using various opportunities. She works on campus representing graduate students as the University health and mental health representative. Through this she advocated for policy changes to available health services for graduate students. She has also spent time interning at STARTRACK, which focuses on supporting the LGBTQ community by providing health care, education, and support for HIV and various STI (sexually transmitted infections). At NARAL she is working on better understanding the lack of access to certain forms of contraception and EC contraception on HBCU campuses in Maryland. She hopes to use all these experiences to prepare me for pursuing a career in science policy. In her free time she enjoys boxing, writing for blogs, and exploring art exhibits all over the city. 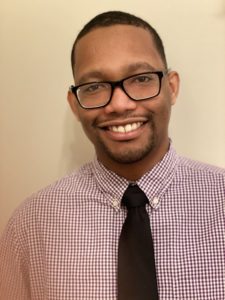 Eli Washington is the Development Director at FreeState Justice. In this position, he works to support the efforts of FreeState Justice to improve the lives of LGBTQ people in Maryland by expanding its funding base and building relationships with individuals, corporations, and foundations, both in Maryland and nationally.

Eli is from Beaufort, South Carolina. He went to Furman University in Greenville, South Carolina and earned a Bachelor’s degree in Political Science. In college, he developed a passion for addressing the discrimination issues queer communities and people of color face through his membership and leadership positions with various student activity groups, including Furman’s LGBTQ student group and the Furman chapter of the NAACP.

Eli comes to FreeState Justice after five years of using his fundraising skills to support organizations, causes, and political campaigns that work to improve the lives of disadvantaged communities. Prior to joining FreeState Justice, he served as a Field Organizer on a local House of Delegates race in Northern Virginia and as the Administrative and Development Assistant at the Center for Responsive Politics, a national nonprofit in Washington, D.C. focused on government transparency in campaign finance. Most recently, Eli served as a Development Manager at Prosperity Now, a national intermediary organization in D.C. focused on poverty alleviation through asset-building programs, especially for communities of color.  As a member and advocate for the LGBTQ community, he is thrilled to move to Baltimore, MD and support the work of FreeState Justice.